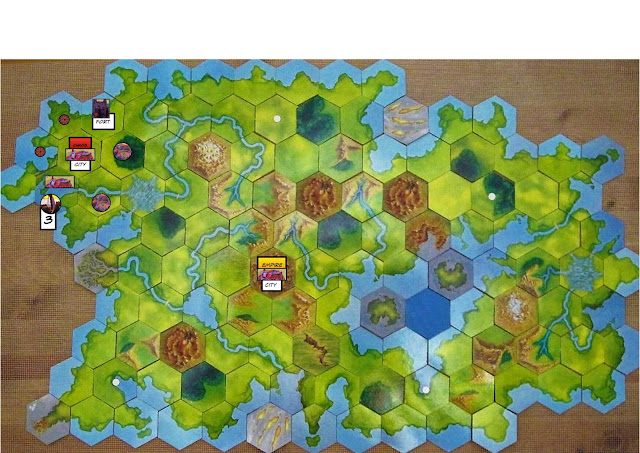 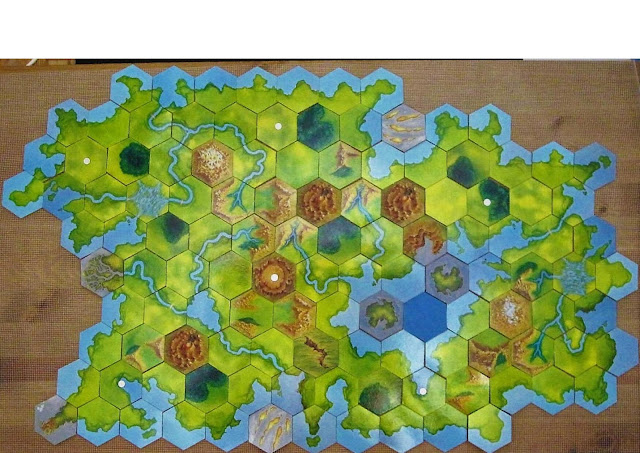 Apart from attending a spitting contest, or an apple bobbing event, or even participating in a throat singing competition, what other place do most people want to avoid in this time of contagion, could it be a hospital emergency room? Yep!

Sadly that is where I found myself for six or so hours today! Now fear not, those who might care, it was not because of C-19 (my new hip name for this plague) it apparently was due to a kidney stone passing from my right kidney to my bladder. Oh the fun we had this morning as I was seized by the shakes, and experienced pain that I have not felt since my appendix blew back in 1999, and that went septic! To be fair, I was a greater idiot back then, thinking I had indigestion for the entire weekend. By the time I consented to go to a hospital it was just shy of too late for me. Passed out in the examine room, then packed in ice to avoid brain melt down, then a week in ICU for good measure. By the end of the week I looked to be 90, and a survivor from a death camp/death march.

This time was not so be, and boy am I a fan of morphine! It was just the thing to take the edge off of this mornings sweats and shakes. I still feel some pain tonight, but no doubt from the trauma of something too large passing through something so tight.

That all said, I must commend the staff at the General Hospital, and C-19 for keeping the number of people in the waiting room down. It was almost deserted when we arrived, and when we left. Lots of space to spread out away from others. The ER ward was well staffed, and low on patients. Overall just about as much fun as one can have while passing a stone from a kidney to the bladder, from what I can remember. I elected to spend as much time as possible drifting in and out of consciousness, it certainly makes the time fly by!

Email ThisBlogThis!Share to TwitterShare to FacebookShare to Pinterest
Labels: Ramblings

Well tonight it was another series of card driven games, first up was Star Realms, which we played to a close finish, twice. We then continued with our tradition of losing in the cooperative game Sentinels of the Multiverse. We managed to get defeated twice! That leaves us at 1 victory and 8 losses, not a good start to the year, does not bode well for the remainder of the year.

Despite the losses, and it should be noted that I lost in both games of Star Realms, so 4 losses for the night, I had fun with the games. Both of these games are on my favorites list, as they both offer a variety of play options, and play challenges. Not just a matter of pure random luck, there are elements of structure that presents opportunities to plan and execute strategies to win.

All Quiet on the Martian Front - First game AAR 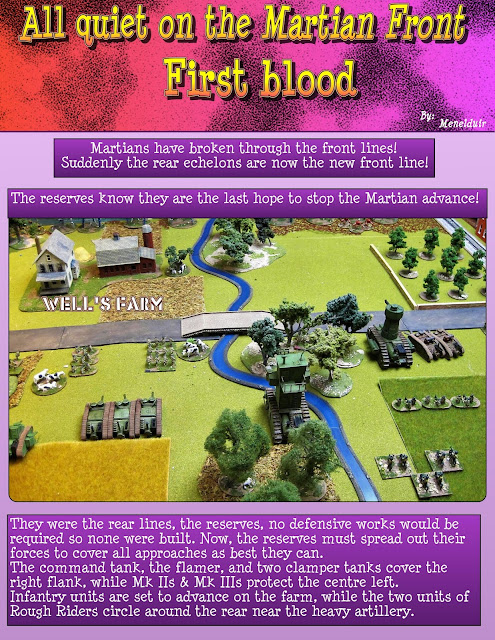 Life in a snow globe 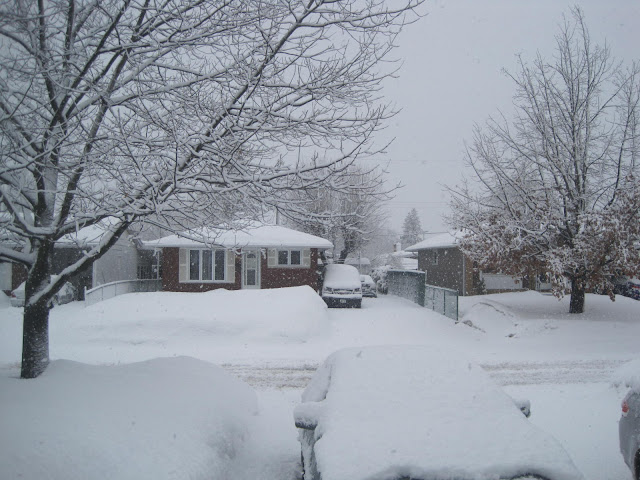 It is days like this that make me happy that my former employer pushed me into early retirement!
Many employees in Ottawa were told to work from home, had I still been employed that would not have been an option for me, as I was more directly involved in face to face interactions with my clients. Just thinking about how this type of day played out in the past sends shivers through me and once again reconfirms that I really needed to get away from my previous working life.

Email ThisBlogThis!Share to TwitterShare to FacebookShare to Pinterest
Labels: Ramblings

From Value village and elsewhere... 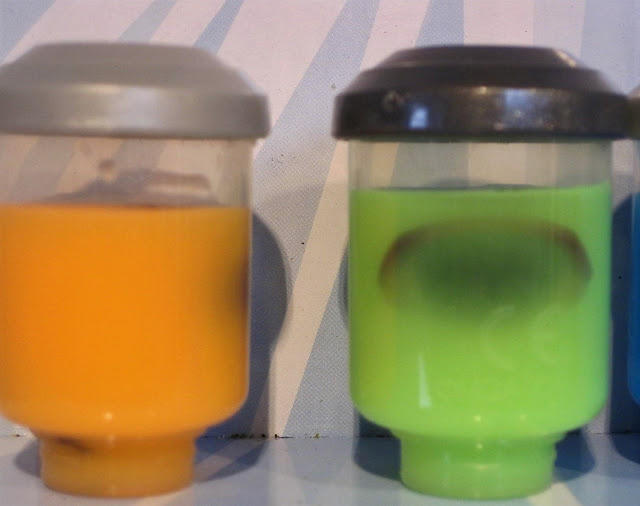 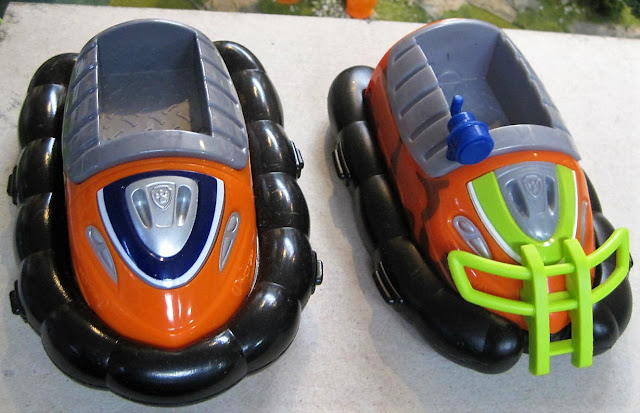 Two different kids toys, the top one is some weird collectable set, each contains a different figure (of no use to me) but I think the containers, especially with the goo, and the 'useless' figures, look like vats with strange experimental subjects in them.

The other item are two Paw Patrol hovercrafts that I found at a value village.

Email ThisBlogThis!Share to TwitterShare to FacebookShare to Pinterest
Labels: Stuff that I found 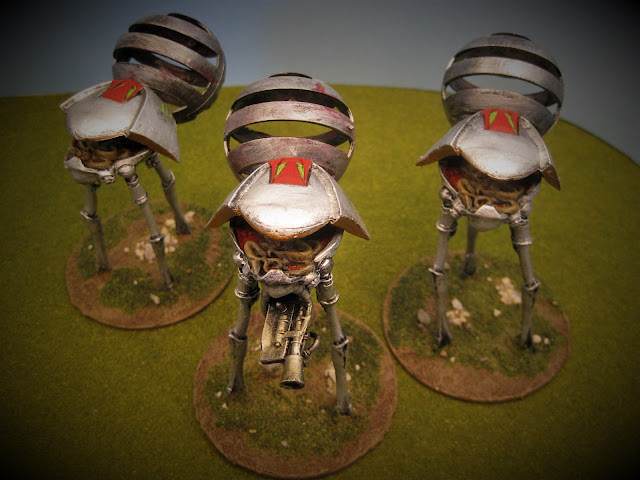 Parroom Station tripods finally got some paint on them, other than the primer that was done years ago (maybe 5+)

The round cages were added for an AQMF game scenario the Harvest. They are based for Earth action, because of AQMF should they show up on Mars they will need to be re-based. Only one of them has been given a weapon, in this case a black smoke discharger. I have a heat ray for each of the other tripods that I will add once I am done with them for AQMF. 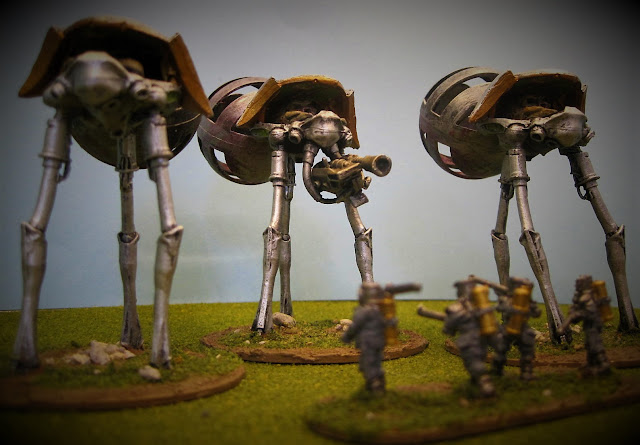 Here they are against some 18mm armoured infantry. They were nice models to build and paint it is a pity that the line is no longer available.


This has been a rather productive week as I have managed to assemble 12 structures. Among the grouping is a church, three arches (two more to be built), add on bits for the arches to convert them to shops, numerous terrace houses, three gaslamp buildings including a pub, oh and one bandstand.

Email ThisBlogThis!Share to TwitterShare to FacebookShare to Pinterest
Labels: Pulp

Eclipse, 4x at it's best 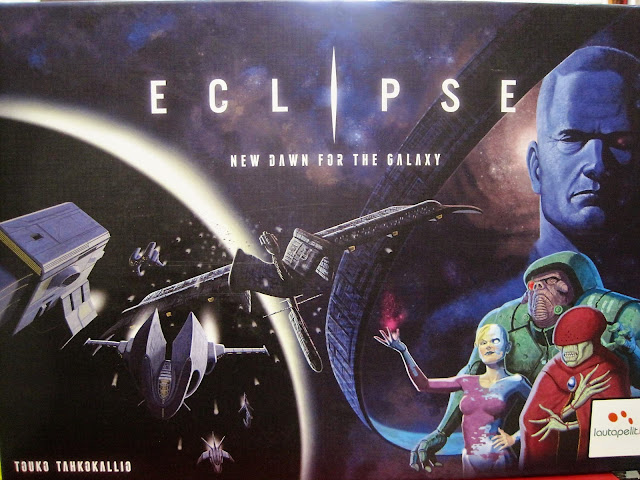 We got to play one of my all time favorite games, last night (early morning) 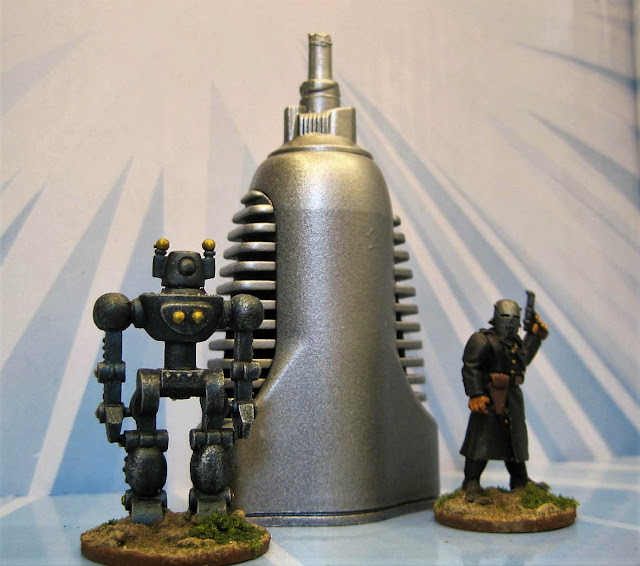 Not so much found, but seen right in front of me!

Email ThisBlogThis!Share to TwitterShare to FacebookShare to Pinterest
Labels: Pulp, Stuff that I found 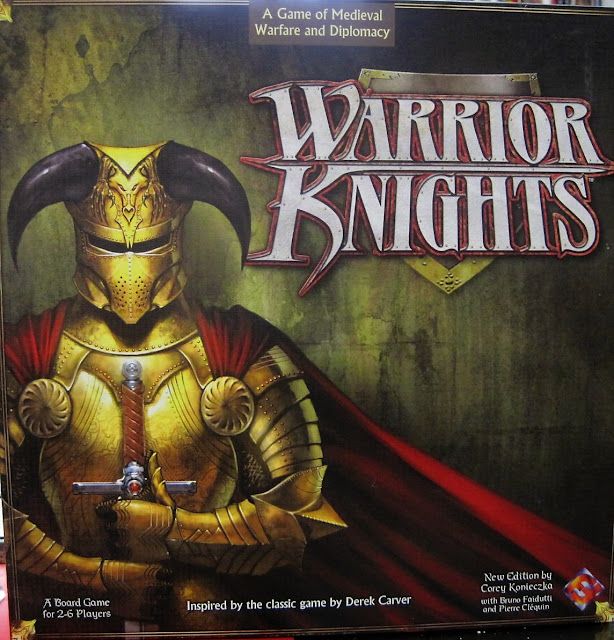 After hobby days for the last two Wednesdays, it was back to board games last night. This time we pulled out a long owned but not played 2nd edition Warrior Knights. As it was the first time trying out the game it went rather slowly, as we worked our way through the rules. A word about the rules, they lack cohesion! Too many side notes, that contain information of note, rather than just writing clear rules.

More importantly, we had an issue with the starting set up/ As per the rules we randomly destroyed 11 cities. Then starting with the chairman we selected our starting cities. Almost by chance my opponent selected the single best city on the map. As his stronghold he was able to add 400 troops to the cities 400 troops. The next best available city started with 100 troops. Quite the difference! It pretty much assured my opponent that I would not be attacking his stronghold anytime in the game...

We did play a full two person game, with the end condition being met somewhere around 12:30 am.

"Our land now succumbed to the Red Weed" 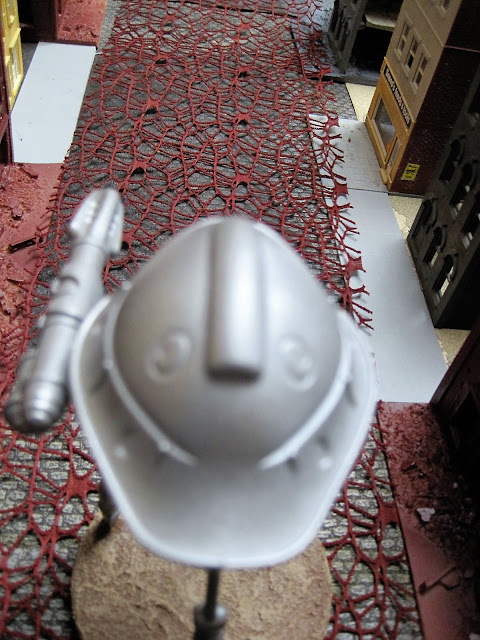 So, some time ago, not even this past Halloween, I picked up some 'spider web' Halloween decorations. I bought two rolls, one black, one purple (strange spider webs?) basically for no good reason, just cause I might find a purpose for them sometime in the future.

Email ThisBlogThis!Share to TwitterShare to FacebookShare to Pinterest
Labels: AQMF, Stuff that I found 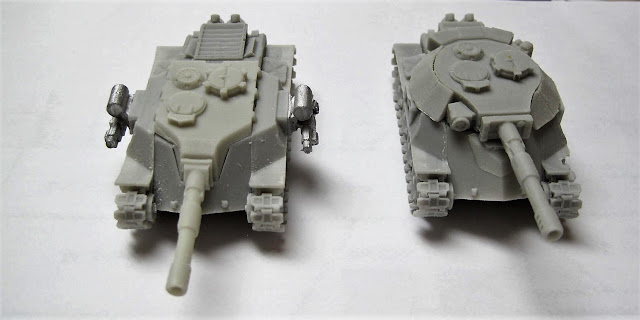 So Christmas delayed some of my orders a little bit, no issues, and as of this week everything ordered prior to the holidays has arrived! I had ordered a wide variety of stuff, from 15mm sci-fi, to English arches, and Victorian buildings, to 20mm early war British tanks, & finally some mad scientists, and fungoid creatures!
Read more »
at 10:48:00 pm No comments: 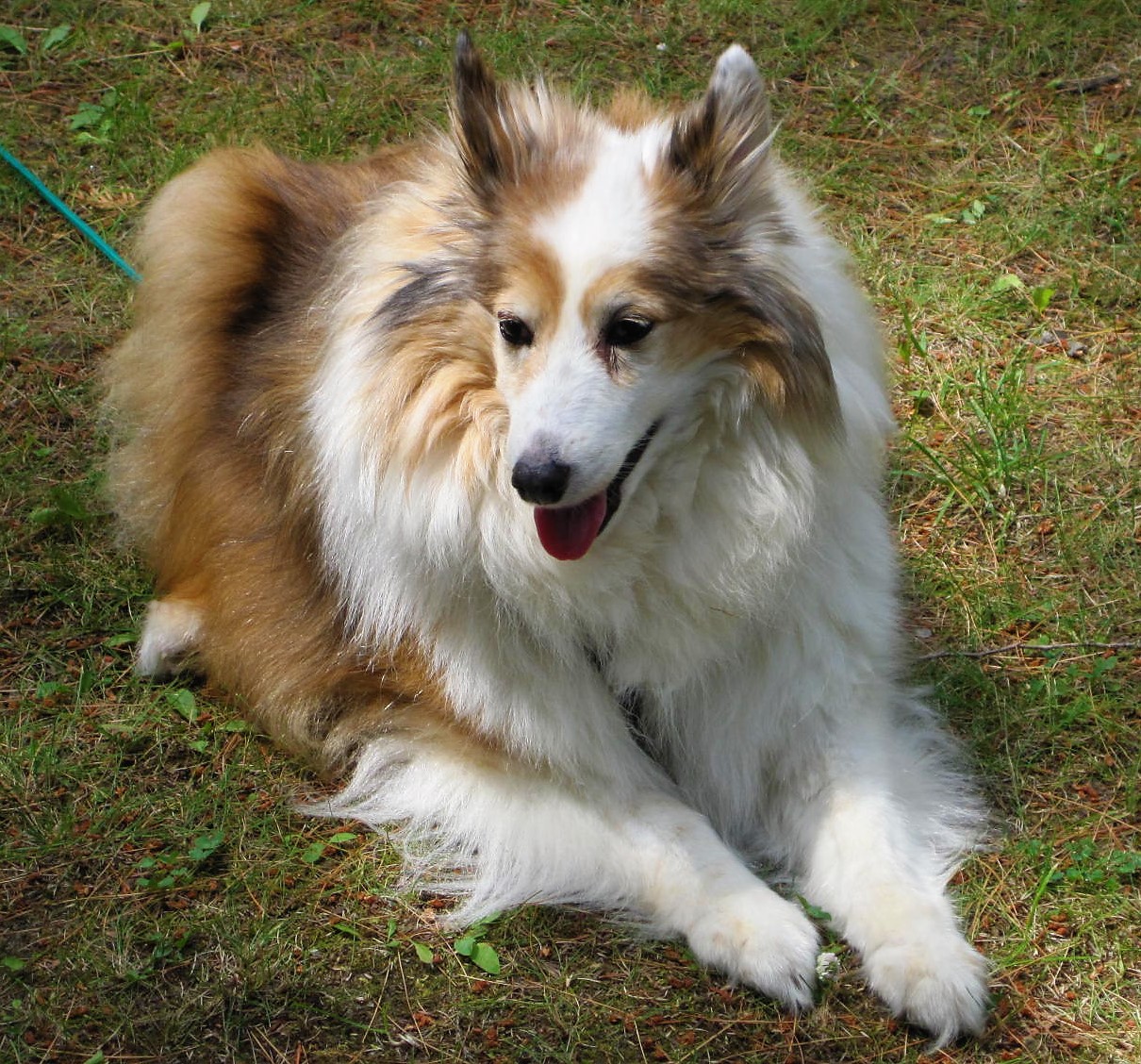 Recent postings on my other blogs

The book that started all this madness 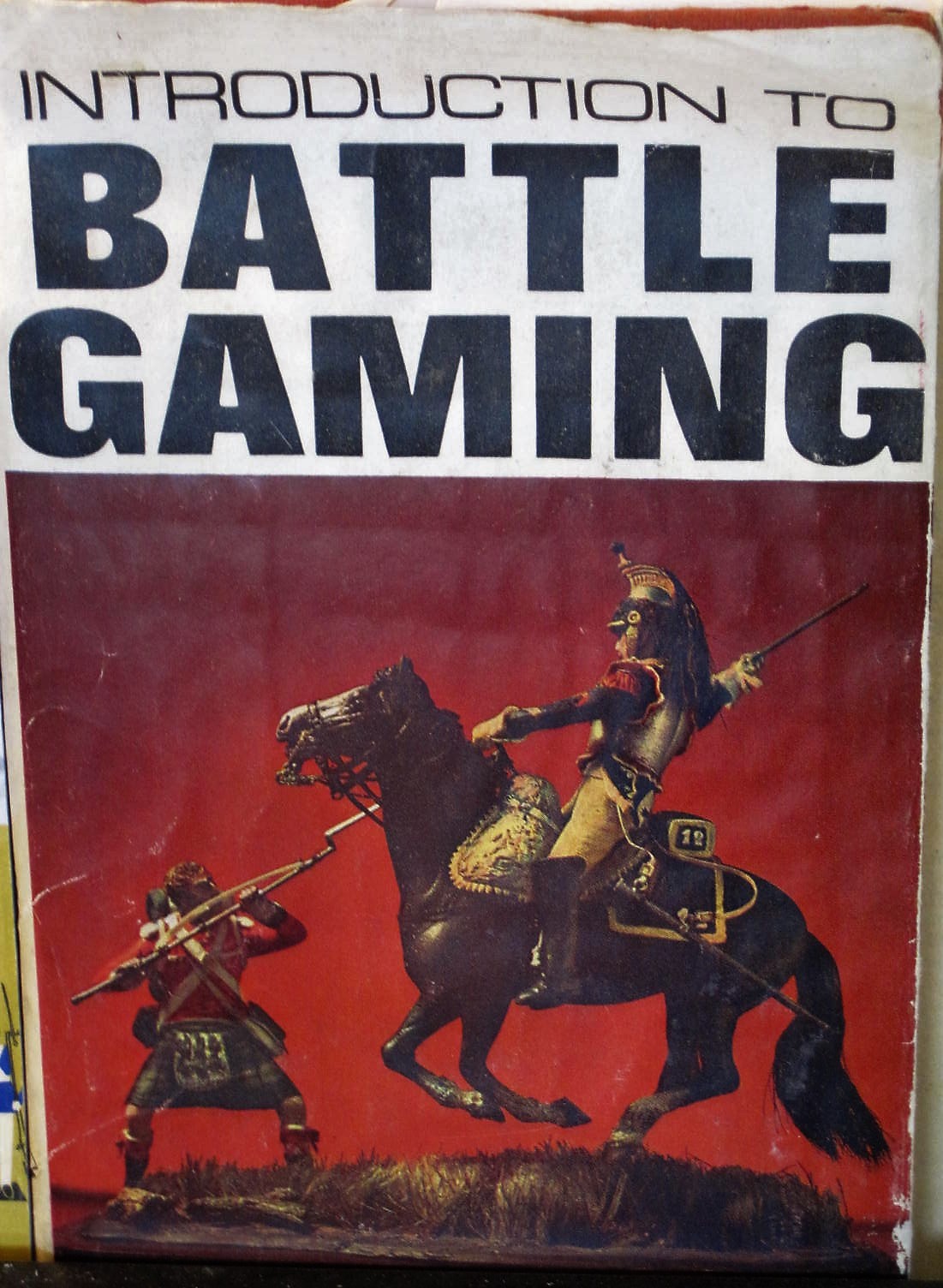 This was a gift to me from my parents circa 1970, if only they knew what they were doing...

Not as active blogs but interesting 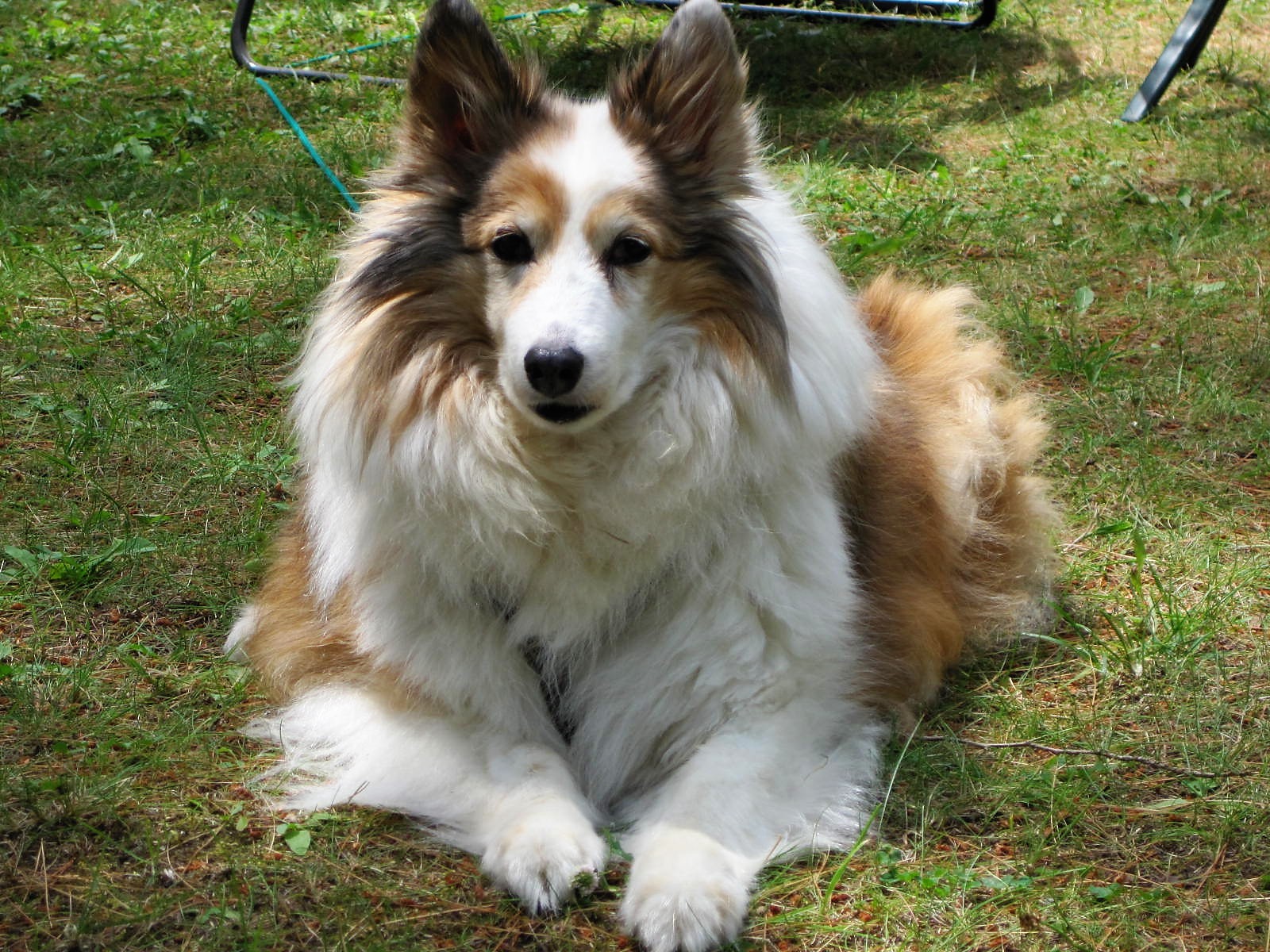